The Shareholders' Nomination Board is responsible for preparing and presenting proposals to the General Meeting concerning the remuneration and number on members of the Board of Directors, as well as proposals related to appointing members of the Board. The Nomination Board will submit its proposals for the next Annual General Meeting to the Board of Directors of Detection Technology at the latest on 31 January 2022.

Nordea is the company's Certified Advisor under the Nasdaq First North GM rules.

Detection Technology is a global provider of X-ray detector solutions for medical, security, and industrial applications. The company's solutions range from photodiodes to optimized detector subsystems with ASICs, electronics, mechanics, software, and algorithms. The company has sites in Finland, China, France, and the US. The company's shares are listed on Nasdaq First North Growth Market Finland under the ticker symbol DETEC. 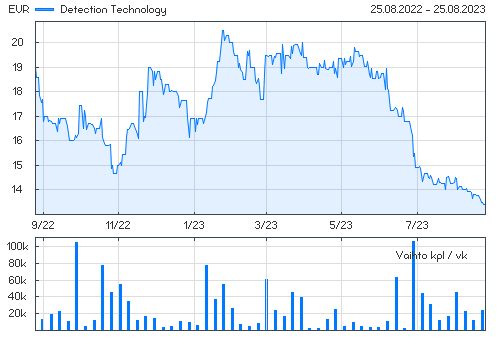