Outokumpu Oyj: Outokumpu - The composition of the Shareholders' Nomination Board

Outokumpu - The composition of the Shareholders' Nomination Board

Outokumpu's Shareholders' Nomination Board consists of the representatives of the four largest shareholders registered in the shareholder register of the company following Nasdaq Helsinki's last trading day in August. The Nomination Board has been established to annually prepare proposals on the composition of the Board of Directors and director remuneration for the Annual General Meeting. 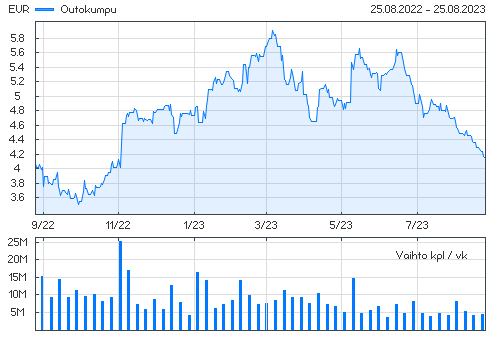 Outokumpu is the global leader in stainless steel. Our customers use it to create civilization’s basic structures and its most famous landmarks. Stainless steel is sustainable, durable and designed to last forever. We aim to be the best value creator in stainless by 2020 through our competitive edge of customer orientation and efficiency. With our expertise, we can tailor stainless steel into any form and for almost any purpose.