Sotkamo Silver: SOTKAMO SILVER ANNOUNCES THE RESULT OF THE NEW CONVERTIBLE ISSUE AND RECORD DATE FOR REDEMPTION OF CONVERTIBLES 2018/2022

NOT FOR RELEASE, PUBLICATION OR DISTRIBUTION, IN WHOLE OR IN PART, DIRECTLY OR INDIRECTLY IN OR INTO AUSTRALIA, CANADA, HONG KONG, JAPAN, SINGAPORE, SOUTH AFRICA, NEW ZEALAND, THE UNITED STATES, OR ANY OTHER COUNTRY WHERE SUCH PUBLICATION, NOTICE OR DISTRIBUTION WOULD VIOLATE APPLICABLE LAWS OR RULES OR WOULD REQUIRE ADDITIONAL DOCUMENTS TO BE PREPARED OR REGISTERED OR REQUIRE ANY OTHER MEASURES TO BE TAKEN, IN ADDITION TO THE REQUIREMENTS UNDER SWEDISH LAW. PLEASE SEE "IMPORTANT INFORMATION" AT THE END OF THIS PRESS RELEASE.

Allocated New Convertibles shall be paid on 28 March 2022, at the latest. The New Convertible Issue is expected to be registered with the Swedish Companies Registration Office on or around 31 March 2022.

As announced in the press release regarding the New Convertible Issue on 21 March 2022, the proceeds from the New Convertible Issue will be used to finance the redemption of the Company's outstanding convertibles of series 2018/2022, including payment of accrued interest. The Board of Directors of the Company has resolved that the record date for the redemption of convertibles of series 2018/2022 shall be 29 March 2022, implying that the redemption will be executed in the Euroclear Sweden system on 5 April 2022.

This information is information that Sotkamo Silver AB is obliged to make public pursuant to the EU Market Abuse Regulation and the Securities Markets Act.The information was submitted for publication, through the agency of the contact persons set out above on March 24, 2022, at 11:30 CET.

Sotkamo Silver's business concept is to develop mineral deposits with regards to human society and environment. The Company owns the Silver Mine in Sotkamo which started production in March 2019. In addition, the Company holds mining and exploration rights to precious and base metal deposits in Finland.

The ticker symbol is SOSI on NGM Main Regulated Equity in Stockholm and SOSI1 on Nasdaq Helsinki.

The Company's press releases, and financial reports are distributed via Cision Sverige and are available on www.silver.fi

This press release is not and does not form a part of any offer for sale of securities. Copies of this communication may not be made in, and may not be distributed or sent into, Australia, Canada, Hong Kong, Japan, Singapore, South Africa, New Zealand, the United States, or any other jurisdiction in which distribution of this press release would be unlawful or would require registration or other measures. The distribution of this announcement in other jurisdictions may be restricted by law and persons into whose possession this announcement comes should inform themselves about, and observe, any such restrictions.

This press release is not a prospectus for purposes of Prospectus Regulation (EU) 2017/1129 of the European Parliament and of the Council of 14 June 2017 and its delegated and implemented regulations (the "Prospectus Regulation") and has not been approved by any regulatory authority in any jurisdiction. The Company has not authorized any offer to the public of securities in any EEA Member State and no prospectus has been or will be prepared in connection with the New Convertible Issue. In any EEA Member State, this communication is only addressed to and is only directed at qualified investors in that Member State within the meaning of the Prospectus Regulation.

Any investment decision in connection with the New Convertible Issue must be made on the basis of all publicly available information relating to the Company and the issued convertibles. The information contained in this announcement is for background purposes only and does not purport to be full or complete. No reliance may be placed for any purpose on the information contained in this announcement or its accuracy or completeness. This announcement does not purport to identify or suggest the risks (direct or indirect) which may be associated with an investment in the Company or its securities. 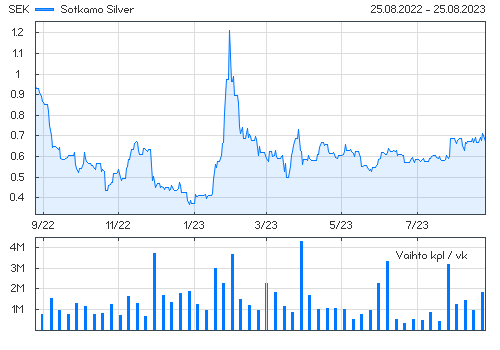