In the `ad hoc' disclosure Uniper states that the company's preliminary adjusted earnings before interest and taxes (Adjusted EBIT) for the nine months of 2021 amounts to approximately EUR 600 million (previous year: EUR 405 million).

The price increase has also resulted in negative effect from changes in fair values of non-hedge-accounted derivatives. Therefore, as part of Uniper's overall non-operating adjustments a negative impact of approximately EUR 7 billion will be recorded by Uniper for its first nine months of 2021.

Uniper is largely hedging its natural asset positions with forward sell contracts. In many cases, the hedge deals are subject to "mark-to-market" accounting under IFRS, while the underlying assets, like power plants, are not. Accordingly, in times of rising commodity prices, Uniper's IFRS Net Income reflects unrealised losses from hedges only, while the offsetting gains on the underlying (hedged) assets are not recognised before delivery. This accounting effect will resolve over time as the contracts go into delivery. Fortum and Uniper adjust this effect in their Alternative Performance Measures (APMs), i.e. Comparable Operating Profit / Adjusted EBIT and Comparable Net Income / Adjusted Net Income, respectively, in order to better reflect the operational performance.

All figures are preliminary and unaudited.

Uniper will publish its Financial Results January-September 2021 on 5 November 2021.

Fortum will publish its Financial Results January-September 2021 on 12 November 2021. 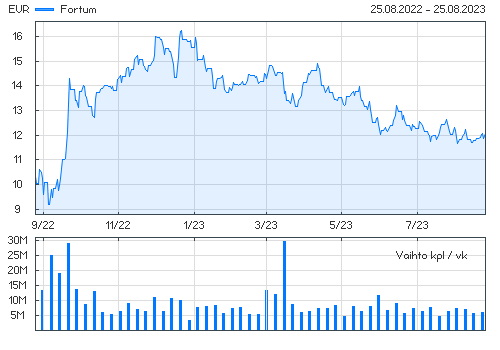 We are a leading clean-energy company developing and offering solutions for our customers in electricity, heating, cooling, as well as solutions to improve resource efficiency. We also provide services for the power generation industry and solutions for consumers so that they can be smarter in their energy choices.