The production has been a close collaboration between the acclaimed artist and Goodbye Kansas Studios to realise his vision. The Goodbye Kansas team created a series of visual effects for the video – including the fully CG ancient underwater creatures that come to life during the film.

"Simon is one of the greatest artists of his generation in his genre. It has been an honour to work with him. We also have several new collaborations in the pipeline, " says Tom Olsson, Executive Producer at Goodbye Kansas.

Simon Stålenhag is behind the books Things from the Flood, The Electric State, and Tales from the Loop – which formed the basis of an acclaimed drama series of the same name on Amazon Prime Video earlier this year.

The Group has world-leading companies as customers in TV, film, streaming, manufacturing industries and e-commerce. The company comprises the subsidiaries Goodbye Kansas (Incl. Infinite Entertainment), Sayduck, Virtual Brains and Vobling. Bublar is headquartered in Stockholm and has offices in Helsinki, Manila, London and Los Angeles. The company is listed on the Nasdaq First North Growth Market.

In essence, Bublar Group will change the game. We change how we Work, Shop, and Play. 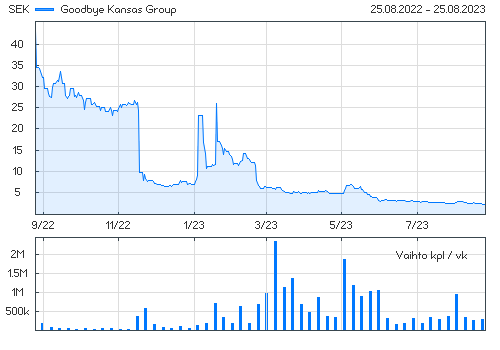 Bublar Group AB is a game development company. Principally, it focuses on developing site-based games and services with augmented reality + geolocation platform, which is a technology for real-time enhancement, the real world of digital objects and information. In addition, it offers location-based software services for mobile games and applications.