Intrum: With Black Friday approaching - European survey shows that consumers are buying less than before the pandemic to promote a more sustainable lifestyle

A majority of European consumers are increasingly aware of sustainability aspects when shopping - creating new challenges for businesses. Close to half of Europe's parents say that their interest in sustainability motivates them to limit their spending, and 42 per cent of Gen Z would not feel guilty about paying unethical firms later than agreed.

According to Intrum's latest survey, the European Consumer Payment Report 2021, consumers across 24 countries are becoming increasingly interested in limiting their spending as they are pivoting towards a more circular lifestyle.
"As climate change rises up the consumer and corporate agenda, our findings highlight the need for companies to better understand how their brand's impact on the environment is perceived by consumers. Our survey finds that consumers, especially the younger generation, are using their consumption to put pressure on sustainability issues. By focusing on sustainability, businesses can balance their risks and be better equipped to prosper and grow", says Anna Fall, Chief Brand & Communications Officer at Intrum.
Consumers are embracing sustainable behaviours…

…but expensive products are blocking the way to a more sustainable lifestyle
Consumers increasingly expect businesses to confirm to their values and are willing to penalise unethical firms
More than half of Europeans say they would not buy from a company that they knew to be responsible for harming the environment. This figure rises to 68 per cent among consumers in Portugal, which vowed to step up efforts to address extreme weather events following severe wildfires, and to 62 per cent in Greece.

Close to half of respondents say they are using their influence as consumers to drive positive social change. Three in 10 of total respondents, and 42 percent of Gen Z, would feel no guilt about paying a company later than agreed if they thought the company was unethical.
About The European Consumer Payment Report 2021
The European Consumer Payment Report 2021 is an instrument for gaining insight into European consumers' everyday lives; their spending and ability to manage their household finances on a monthly basis. The report is based on an external survey and research conducted by Longitude in 24 countries in Europe. A total of 24,012 consumers participated to the 2021 edition of the survey. The fieldwork for the study was conducted between 27th of July and 24th of August, 2021.

The full report will be launched 30th of November. Until then the report can be pre-ordered on www.intrum.com/ecpr2021/ 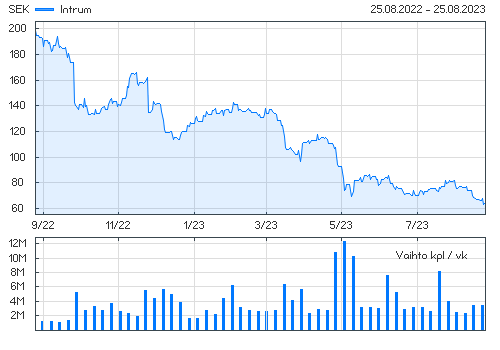 Intrum is the industry-leading provider of Credit Management Services with a presence in 24 markets in Europe. Intrum helps companies prosper by offering solutions designed to improve cash flows and long-term profitability and by caring for their customers. To ensure that individuals and companies get the support they need to become free from debt is one important part of the company’s mission. Intrum has around 10,000 dedicated professionals who serve around 80,000 companies across Europe. In 2019, the company generated revenues of SEK 16.0 billion.